THE MOST EFFECTIVE SHOOTING SYSTEM IN THE WORLD HAS NOW BEEN REVEALED!

Find your perfect jump shot before your head hits the pillow tonight with the worlds most powerful shooting system...

GET YOUR CUSTOM SHOT DESIGN TODAY! >>

WHAT WILL THE CUSTOM SHOT DESIGN SYSTEM DO FOR YOU?

The C.S.D. System was specifically designed to cram years of training into the fastest and most efficient training on the planet. Because of that you’ll see some incredible benefits like… 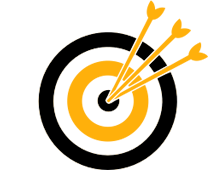 With the C.S.D. System you’ll hit more shots than ever before, by keeping you “in the zone” every time you step onto the court. So say goodbye to poor shooting slumps, because this is your secret weapon! 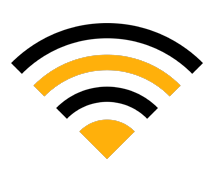 If you struggle with your shooting range, this system will blow your mind. Most players see a range increase of 5-10’ in the first week. That means you’re gonna be lights-out from deeper than ever before! 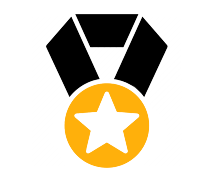 Many players at all levels struggle with their shooting confidence. But when you get the right training it’s insane how fast you can build it back up. Our C.S.D. System is specifically designed to do just that! 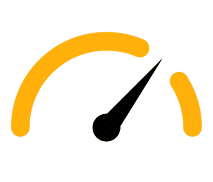 Are you tired of getting blocked and challenged on every shot? Inside this system you’ll learn the secret NBA level keys to not only having a deadly shot, but a lightning-quick one that even the best defenders can’t stop! 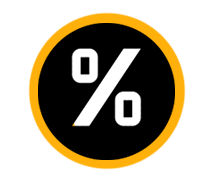 Numbers don’t lie, and with our C.S.D. System you’ll see your IN-GAME shooting percentage skyrocket faster than you thought possible. Many players see an increase of 5-20% in the very first week! 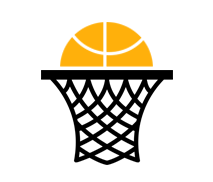 A great shooter is a soft shooter, and imagine if you could make more shots JUST by having more touch on your shot? Well with this training system you’ll have that buttery touch every time the ball hits the rim.

We’re going to ignite your shooting faster than anyone else on the planet and here’s how we’re going to do it!

Our signature Custom Shot Design Temlate to help you build your own custom jump shot for perfect comfortablility and results.

Now including 5 detailed and easy to follow workout logs to make sure you're on the perfect path to lights-out shooting.

Now including my personal crossover workout to ensure you're breaking ankles everytime you step on the court.

Turbocharge your on-court confidence with Coach Collin's effective min-course specifically designed to get your brain right.

GET YOUR CUSTOM SHOT DESIGN TODAY! >>

MEET THE MAN WITH THE PLAN!

WHAT IS THE CUSTOM SHOT DESIGN AND WHY IS IT SO EFFECTIVE?

They teach everyone the EXACT same thing!

Either because it’s “their way” or it’s simply the way that was taught to them.

But guess what? Every shooter is different!

Size, height, strength, age, and athleticism are just a few huge factors that change what works best for individual players.

Imagine if a shoe company only made one size of sneaker?

I would venture to guess they would go out of business pretty fast.

And that’s where we are when it comes to shooting, or at least that's where the rest of the world is at.

But we’re done with that old outdated nonsense…

With the Custom Shot Design System we help you create the perfect jump shot for YOU.

By working through backwards design and one-of-a-kind diagnostic tools, we find your biggest flaws... FAST.

Then we ONLY fix the major issues on your specific shot.

Because the vast majority of players are one or two minor tweaks away from improving their shooting percentage big time.

And because 99% of players don’t need an entire overhaul on their shot.

But most coaches want to do just that!

That would be like if your car got a flat tire, you replaced the entire engine haha.

Through science and body biomechanics the C.S.D. System will help you hit more shots faster than you ever thought possible!

This IS the future of shooting…

I would love to have you come along for the ride!

HOW GOOD IS OUR TRAINING?

WHAT DO THE PROS SAY ABOUT IT?

“Collin is a true professional. Every workout and drill he does in the gym has game specific purpose and is exactly what you need to really fine tune your skills. He’s definitely changing the way the world looks at shooting and his C.S.D. System is a massive leap forward in shooting instruction. I would highly recommend players of all ages check this stuff out, you won’t regret it!”

“Collin is an absolute expert on the court. His enthusiasm is next level and his attention to detail is something that really sets him apart. He’s a master at diagnosing shooting problems and is even better at fixing them. Now with the Custom Shot Design, he’s taken shooting to a whole other level. If you’re looking to get a silky smooth jumper that is unique and comfortable to you, Collin is your man and the C.S.D is the must have training system!”

“Collin is a fresh perspective on shooting technique and instruction. In one session we increased my shooting percentage by about 8-12%. The following season I shot a new career high from the three point line, with huge thanks going to Collin for the help. What’s cool is that you can get the same exact process we did with his Custom Shot Design System. In a world of cookie cutter instruction he’s found the perfect balance between the art and science of shooting.”

Is this an online product?

YES! Access the programs on any device with an internet connection at anytime.

Do I need a partner?

Nope! Every drill and workout was designed to be done alone. That way you don't have to rely on anyone else to get your training done. But you can feel free to have a partner join in!

What tools do I need?

To complete this entire Custom Shot Design System you just need one ball and one hoop. You won't need any cones, tennis balls, or other special equipment. Most all of the drills can be modified to any space you have. So now you can train at a gym, park, or driveway!

What if I need help?

You can shoot me a direct email anytime at [email protected] and we would be happy to assist you in your training questions.

How long is the program?

The entire system will take 4 weeks to get through, but you will continually see improvement as you work through the phases.

Consult a physician and follow all safety instructions. Every effort has been made to accurately represent the potential of this training. By participating in this program you acknowledge that neither Coach Collin Castellaw or Shot Mechanics are liable for any injury or damage sustained while training.